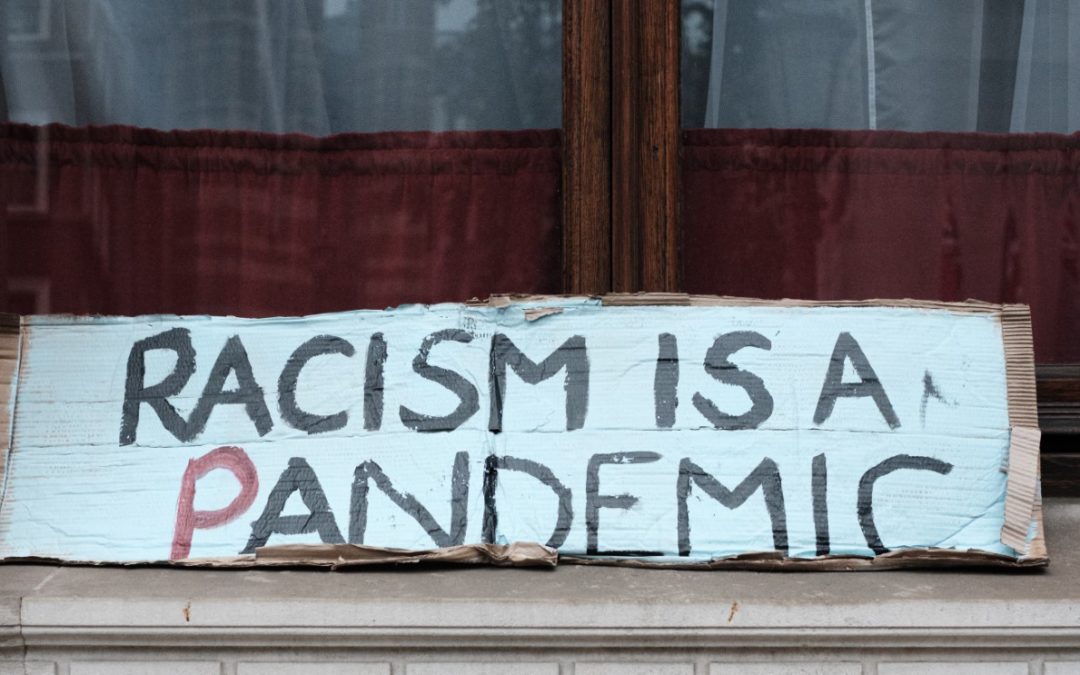 Two weeks ago, I started writing about the “powers” as spiritual forces in the world. We have seen, on the one hand, the Apostle Paul’s admonition to stand against the powers (Ephesians 6:10-12). In that passage, the powers are seen as spiritual forces unleashed by self-centered human beings who give up their own individual power and free will to the collective will of a group of people. Thus are formed clans, ethnic groups, empires, and nation-states, complete with their own gods, from Biblical times through the present.

Last week, we saw that the Apostle Paul also viewed these powers as in some sense “created” by God, but more clearly subordinate to (under) God, and ordered by God. However, the overwhelming reality is that the powers step out of their God-ordered place and become rebellious against God. Nevertheless, God is at work reconciling all these powers to himself in Jesus Christ. (Colossians 1:15-20)

In our day, many of those powers can be identified by the English-language suffix, “ism.” An “ism” is a spiritual power that wants to elevate itself as a major factor, if not, indeed, the number-one organizing principle for its reality. Thus, we come to a major topic in our country today–racism.

Before talking about racism, we need to talk about race. “Race” is an unknown concept in the Bible. I recently heard an Internet preacher proclaim that the Bible knows of only one race–the human race. But even that is misleading, because there is no word “race” in the original. Where English translators use the term “human race” in the Old Testament, it is one word in Hebrew, the word “adam,” humanity. In the New Testament, race sometimes translates the Greek, “genos’ which is translated in other passages as kindred, people, family, or offspring.

Indeed, the word “race” used to talk about people is an anachronism. a modern word that tries to describe in modern terms a thought or concept that didn’t even exist during the time. It’s like saying, “Moses downloaded the 10 Commandments from God’s cloud storage.” This might be a colorful modern way of expressing the giving of the 10 Commandments, but it is essentially applying computer terminology to an age which couldn’t even imagine a computer.

So, while people in ancient times recognized differences in people, “race” is a term and a concept created in the last several centuries. It was created by people who thought of themselves as “white” to justify treating anyone not white as inferior, not even fully human. Having such a concept of “race” made it acceptable for white people to own and enslave these inferior “races” of people, especially those with the darkest skin colors. And, it led to all sorts of distortions of the Bible to argue that God approved of these boundaries of “race.”

Racism, then, is the elevation of this way of thinking about dividing human beings according to race, into a powerful system which keeps white persons in power and control of non-white persons. This is sometimes referred to in recent times as “white privilege.” Racism simply assumes that because I as a white person enjoy certain privileges in the world, that’s the way it is for everyone and that’s the way it should be.

But in the last several weeks, we have seen again, in graphic and horrifying detail that these privileges that white people take for granted are not the reality for black people in our society. In turn, the horrifying stories in the news have led to an outpouring of stories in publications and social media about other black persons being harassed, accused, or viewed with suspicion by the dominant white society and especially its forces of power—education, economic structures, government, police, etc.

Using these structures of power in ways which grant favors to white people and hurt black people happens over and over because human beings constructed a category called “race” to justify a system called “racism.” And racism has become one of the rebellious powers trying to justify its existence in a world that God created as good for all human beings.

To put it another way, white people have usually defined racism as prejudice or hatred or the belief in the superiority of one race over another. And then we white people say, “I’m not racist. I love everyone. I don’t believe the white race is superior.” But Drew G. I. Hart, in his book, Trouble I’ve Seen: Changing the Way the Church Views Racism, (Hart, 2016) points out that even dictionaries define words according to the dominant view of society which is a white racist view. So it is significant that as part of the current national discussion, a recent college graduate from Missouri challenged the folks who publish the Merriam-Webster dictionary to update its definition to include a political or social system founded on racism.  (Hauser, 2020)

The United States was founded on a system of racism. Racism is a “power” that still has an enormous impact on society today. For some of us, particularly white persons, the impact is favorable, and we don’t think much about it. But for others, it leads to oppression, suffering, and even death. God is opening our eyes to this rebellious power known as racism in our midst. How will we stand firm against this power? How will we who are white live our lives to demonstrate clearly that the lives of our black brothers and sisters do indeed matter? How will we identify with the suffering love of Christ who calls us to seek the most good for the most oppressed? This is our challenge as a people of God living under the cross of Christ. It is also why we can’t remain neutral. By default, we live under the power of a system of racism. Only by consciously switching to “anti-racism” can we stand in the power of the cross against the power of racism.