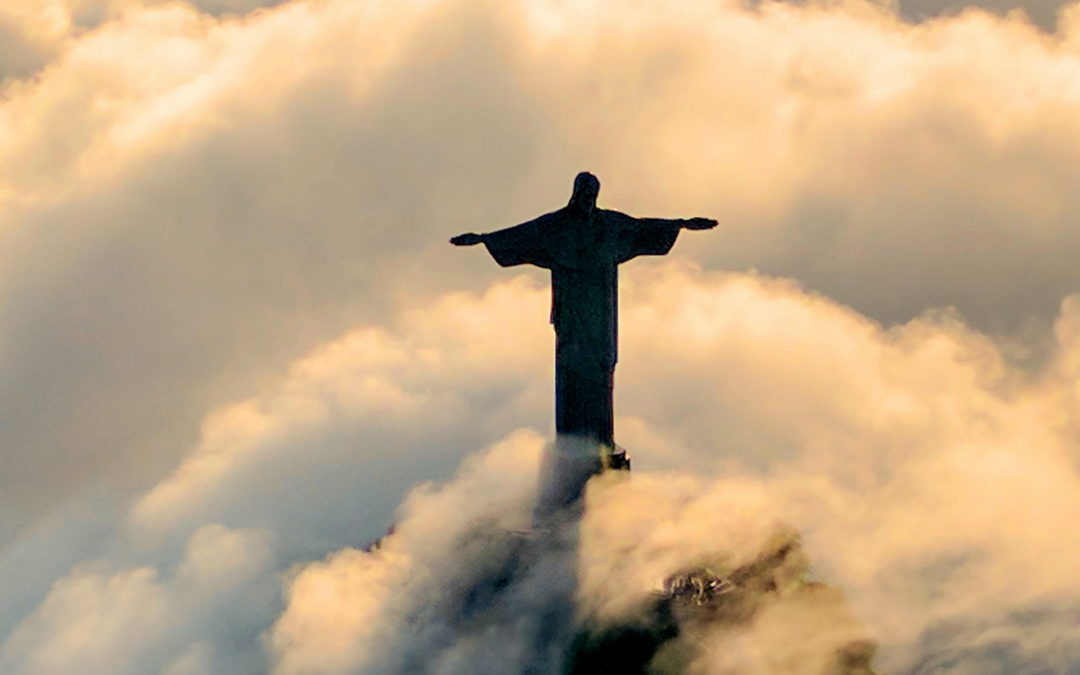 In my previous article, “The Kingdom of God,” I noted that the language we use affects the pictures we have in our minds as well as the overall meaning we hold about a concept or idea. Thus, the preconceived notions of the Kingdom of God affected the ability of most Jews of Jesus’ day to understand how he could be the promised Messiah. Jesus simply didn’t look, act, or promote the outcome of a grand and glorious military conqueror who would kick out Rome and make everyone conform to God’s Law.

Yet, this conflict between two pictures of God’s Kingdom (or Reign) did not end with the resurrection. Even those closest to Jesus couldn’t seem to let go of a political Kingdom of God that looked like King David. We can see this clearly in Acts chapter 1 where Luke begins the post-resurrection story of Jesus. Verse 3 is the key to understanding what was going on during the 40 days in which the resurrected Jesus appeared to his closest disciples:

After his suffering he presented himself alive to them by many convincing proofs, appearing to them during forty days and speaking about the kingdom of God.

What was the subject of these conversations between the risen Jesus and his disciples? It was the kingdom of God! It was about the Heavenly Father’s reigning power in the world! Yet, they still didn’t understand. The very last question before Jesus ascended into heaven is narrated in verse 6:

So when they had come together, they asked him, “Lord, is this the time when you will restore the kingdom to Israel?”

Despite the fact that they were experiencing the authoritative teaching on the kingdom of God from the Lord himself, they were still fixated on a political model along the lines of King David. Despite Jesus’ words recorded in Luke 17 that “The kingdom of God is not coming with things that can be observed…” they expected a definite time and place, complete with all of the pageantry that a king is supposed to have. And despite the fact that Jesus said that “…in fact, the kingdom of God is among you” they would need to wait another 10 days until a mighty manifestation of the Holy Spirit on the day of Pentecost sparked their next level of understanding.

Later, the early church saw this event in Acts 1 as an ascension to the heavenly throne, seated at the right-hand of the Father. This was the picture of how earthly kings brought their successor sons into power. Yet, the disciples doubtless could hardly understand it at the time. Where were the trumpets and the triumphal parade leading to the throne? Where was the purple robe? Where were the crowds of people who had earlier shouted “Hosanna”? Jesus simply answered their question, told them the reason for them to return to Jerusalem, and then (as it says in v. 9) , “When he had said this, as they were watching, he was lifted up, and a cloud took him out of their sight.” That was it! Quietly, without fanfare, and yet wondrously, he was lifted up and disappeared. And all they could do was stand there still gazing upon the spot where they last saw him!

But God didn’t want the disciples to see this scene as an anti-climactic downer. Jesus wasn’t really disappearing. So “suddenly two men in white robes stood by them.” Their words were tremendously significant: “…

They said, “Men of Galilee, why do you stand looking up toward heaven? This Jesus, who has been taken up from you into heaven, will come in the same way as you saw him go into heaven.”

Notice that there is a somewhat incredulous question: “Why do you stand looking up toward heaven?” It is as if to say that the Reign of God, the rule of God upon the earth, is not just a matter of eternal cloud-gazing. Instead, it is to recall Jesus’ words, “…in fact, the kingdom of God is among you.” Then, it is coupled with a promise. Jesus is not absent. He will come again.

But the way Jesus will come has continued to be a hot debate among Jesus’ disciples through the years. And there are many different ways in which Jesus’ coming is pictured, even in the New Testament itself. Some of those ways appear to emphasize a triumphant military hero, a Savior King who will even yet institute a political kingdom like David’s. It’s almost like saying, “What you are experiencing is not the real Messiah. Act 2 with the military triumph is still to come.”

But what do the men in white robes say? “This Jesus…will come in the same way as you saw him go into heaven.” What is “the same way”? The way Jesus ascended to the heavenly throne was not with the fanfare and hype of a conquering army marching up to the palace. So if he comes back the same way, it is no more in the ways of earthly kingdoms than when he ascended. Jesus’ coming is not suddenly turning from a suffering servant to a death-dealing military conqueror. And, to quote again from Jesus’ own words in Luke 17:21 “…nor will they say, ‘Look, here it is!’ or ‘There it is!'” Jesus is coming back the same way he ascended–quietly among his disciples, appearing as in a cloud. “For, in fact, the kingdom of God is among you.”

Indeed, it is the same Jesus who is coming back in the same way in which he went into heaven. This is the one who comes in love and service, not a Jesus who for some strange reason is turned into the picture of political and military hero that he spent his whole earthly ministry putting to rest.

There are all sorts of theologies and philosophies that illustrate the fact that even folks who say they follow Jesus still don’t understand. Some think that the cross is just a temporary strategy, a set-back Jesus had to endure until he can come back with real “he-man” power and wipe out his enemies. Indeed, some folks act like Jesus hasn’t really demonstrated his Messiahship until he wields such coercive political force upon the world.

But these theologies totally negate the real message of the cross. God’s way of exercising ruling power is “among us” in the power of redeeming love. Christ comes to us as he ascended to the Father in the first place. It is in the quiet, unpretentious service among us, his followers. There is where we will find the Kingdom, the Reign of the One True God.

The fact that Jesus is coming back just as he ascended should be the final word to counter any notion that we can identify the Reign of God with any earthly ruler backed by any military might on any piece of land among any particular ethnic group in any capital city in the whole world. “For, in fact, the kingdom of God is among you.” It is among all who will imitate and live out the self-giving, suffering love of Jesus, the Messiah, anywhere, in any time and place. May it be so among us!